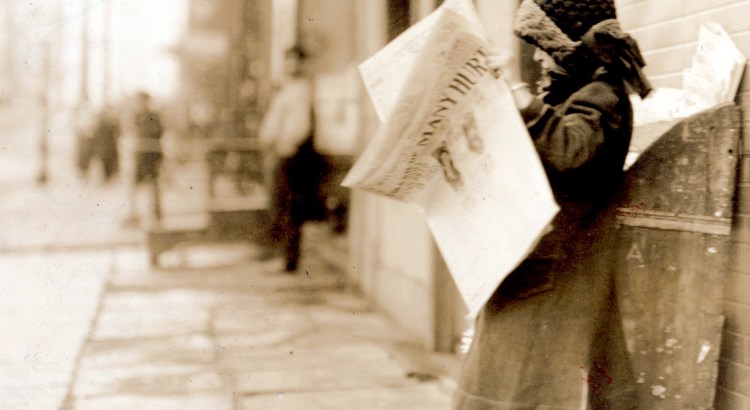 “I firmly believe, from what I have seen, that this is the chosen spot of all this earth,” wrote Luther Burbank in his first letter from Santa Rosa in 1875. But then he added a qualifier: “…as far as Nature is concerned.”

Something about Santa Rosa apparently didn’t sit well with old Luther, but we’ll never know what. The town was welcoming to “immigrants” such as himself, yet it was still rough around the edges – a Chinese man had just been shot in the back and no one seemed very interested in finding out who did it. It was also a saloon town, where men argued endlessly about race horses and politics, topics which didn’t hold any interest for Burbank. Or maybe he didn’t know what to make of a “humor” item which appeared in the local newspaper around the time he arrived. It went like this: An ex-slave encountered a friend of his former “Massa” and said all the changes since the Civil War had left him sad. While he managed to save enough before the war to buy his freedom, now he wished he kept the money instead. The punchline: As a slave he was worth $1,000 – now he wasn’t worth a damn.

The weekly Sonoma Democrat regularly offered racist items like that – so many that it would be easy to mistake it for a newspaper published in the Deep South. That vignette, in fact, was reprinted from a paper in Mississippi.

This article is a coda to the series “THE HIDDEN LIVES OF BLACK SANTA ROSA,” which explored how the Democrat in the late 19th century ignored African-American townspeople, even when they were men and women of distinction. It disappeared them by rarely offering obituaries and not mentioning weddings, deaths, births, arrivals and departures. But that doesn’t mean the paper ignored African-Americans; it published something about them almost every week – albeit only things which ground them down by reinforcing the ugliest racist stereotypes.

Blacks in the late 19th century faced myriad problems nationwide, although today we focus mainly on the dramatic acts of violence and overt acts of discrimination – lynchings, the Klan, Jim Crow laws and the like. But reading the old Democrat it’s shocking to discover how normalized racism was in Santa Rosa. Those toxic little stinkbombs in the paper reminded African-Americans they were inferior and fair game to be pushed around, and they sent a clear message to whites that blacks deserved lowly status. And probably worst of all, it taught white children all this was just the way of the world. Coming soon: White Supremacy, The Next Generation.

Let Gentle Reader be forewarned that this is not the sort of historical amusement usually found here, and what follows will stray into uncomfortable territory – reading (or writing) about hateful speech is No. Fun. At. All. But we can’t discuss Santa Rosa’s history without being honest about how ugly some of it really was. We can debate how much this material shaped the town, but we can’t deny it existed. And we can’t pretend this problem stopped when the Sonoma Democrat folded in 1897; the Press Democrat continued dishing out offensive racial jokes and short fiction well into the 1930s, only not as vigorously.

We can also argue whether this article is guilty of presentism (judging the past by modern standards). Read through the sections below before taking a position on whether the material in the Democrat deserves “Huckleberry Finn” considerations. No, the Democrat certainly wasn’t alone in portraying African-Americans in a derisive way; after all, most of the insulting stuff they printed came from other newspapers and magazines, and not just those from Dixie land – sources below included leading Democratic party tub-thumpers such as the New York Sun and Washington Post, so it’s fair to say racist material was regularly found in print media that had a politically conservative bent. What still sets the Santa Rosa paper apart, however, is how much bilge our little 8-page weekly managed to serve up on a regular basis.

One way we can try to measure that is by using the search engine at the California Digital Newspaper Collection to find how often the “n word” appeared in the Democrat between 1860 and 1897. The answer is 369 times, but that’s certain to be a gross undercount; an entire year of the newspaper is missing and the collection’s mediocre OCR misses words when there imperfection on the scanned page. Also, the noun sometimes did not always refer to people; Brazil nuts were commonly called “n***** toes” (seriously!) and “n***** baby contest” was the general name for a ball-throwing game at carnivals, most commonly a dunk tank. Finally, some of the most offensive content did not contain the “n word” at all.

Nor is it practical to compare what appeared in the 1860s to items from later in the century. During the Civil War and the years immediate afterward, editor Thomas Thompson was absolutely vicious in his racist hatred – he spat out the “n word” often and his writings were laden with disgust for African-Americans, suggesting they were to blame for the South’s misery after the war and shouldn’t have been allowed to stick around. His brother Robert edited the paper during the final years and race stories published by him often displayed a smug air of superiority; his favorite meme seemed to be tales about bemused rich white men encountering destitute former slaves. Same white supremacist garbage as his brother produced, just with less frothing and flying spittle.

The selections below come just from the 1890s, and are a small sample of what was printed in the Democrat during those years. Although the race articles from that period could be considered “racism lite” compared to the 1860s, the Democrat consistently followed four boilerplates: Blacks were described as happy under slavery, ignorant, clownish or criminal.

Let me forewarn again: All of this material is offensive – but try not to look away, and don’t forget this trash (and more of its kind) was in our hometown weekly newspaper, likely read in every Santa Rosa household where it would have impacted white and black children alike.

(In the examples I’m only providing snippets because I’ve seen search engine results which imply bigots have visited, seeking racist material to fulfill their fantasies of the master race. Dates are provided so image scans of the original article can found.)

“Ben’s Wedding Shoes” (March 15, 1890) a short story reprinted from Youth’s Companion magazine, was about the struggle to convince the groom to wear shoes at his wedding.

“The Alleged Murderer” (June 11, 1892) Almost two months later, an Arkansas sheriff arrived with extradition papers for an African-American who was accused of shooting and killing a white neighbor during an argument. A photo taken of the man in custody had been sent back to Arkansas, where several people identified him. The suspect being held here acted very nervous when asked to show his scar to the sheriff. Another witness who had accompanied the sheriff from Arkansas said the suspect looked like the man he had last seen about two years earlier, although “…he is a shade or two lighter. This discrepancy is accounted for on the supposition that the mulatto’s incarceration would cause him to ‘bleach out’ somewhat.”

“Johnson Liberated” (June 18, 1892) When a habeas corpus hearing was finally held, the defendant had no problem at all in proving he was not the man being sought. George Johnson had lived in Sonoma and counties for four years, including several periods in Santa Rosa. Six local witnesses testified to having known him over the years, as did the Calistoga town marshal. Had anyone from the Santa Rosa police made a phone call or sent a telegram to the marshal in Calistoga or interviewed the many people who could corroborate his identity, George Johnson would not have needed to spend over two months behind bars waiting for that hearing.

“A Long Chase” (Dec. 23, 1893) To 1893 readers of the Democrat there was no subtlety in this writeup about chasing a “coon,” as the paper often mentioned wild animal hunting or trapping (including at least four items earlier that year about raccoons). This item alone destroys any illusion that Robert Thompson was less of a racist than his brother Thomas.