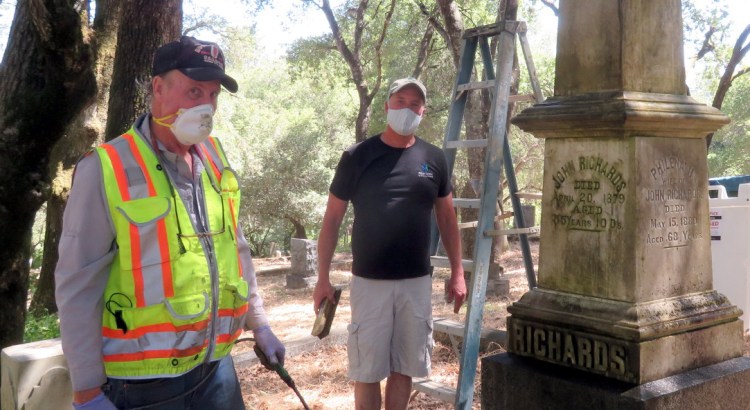 We can all use some good news (heaven knows) so let’s celebrate the restored good looks of John and Philena Richards’ monument at the Santa Rosa Rural Cemetery.

Volunteers Steve Lovejoy and Jonathan Quandt spent the better part of July 13 scrubbing off decades of accumulated moss, lichen and grit. Lovejoy says the biological solution they used will continue to kill the algae growth as it seeps into the stone and the marble should further whiten up with time.

John Richards, who died in 1879, was Sonoma County’s first civil rights activist and tireless advocate for the education of African-American children, even funding a teacher for them because the town would not allow them into public school. Richards was profiled here as part of the series on notable African-Americans in 19th century Santa Rosa.

As mentioned in that article, this monument was originally so distinctive the town newspaper encouraged readers to visit the cemetery to see it. The stonework company even signed its name at the base of the steps, something I’ve not seen elsewhere at the cemetery. From the description transcribed below it has been considerably vandalized; there were urns with doves perched on the rim, all in white Italian marble, with a statue of a “faithful dog” at its base. It surely must have been something to see. 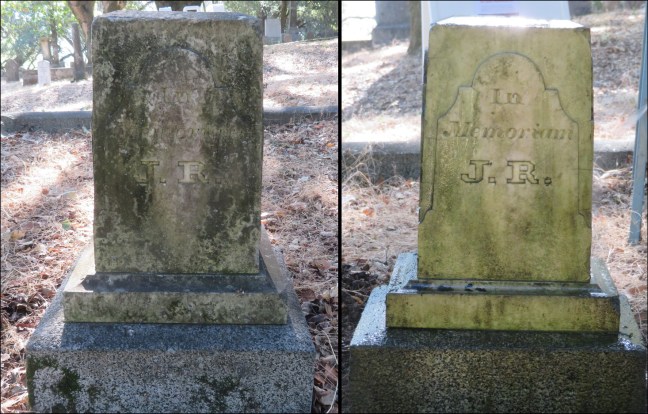 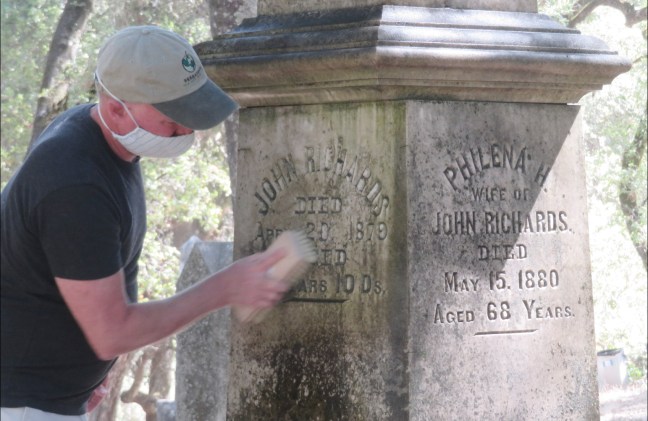 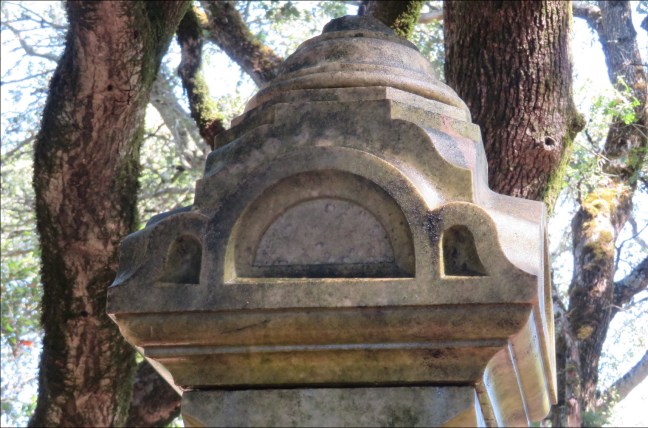 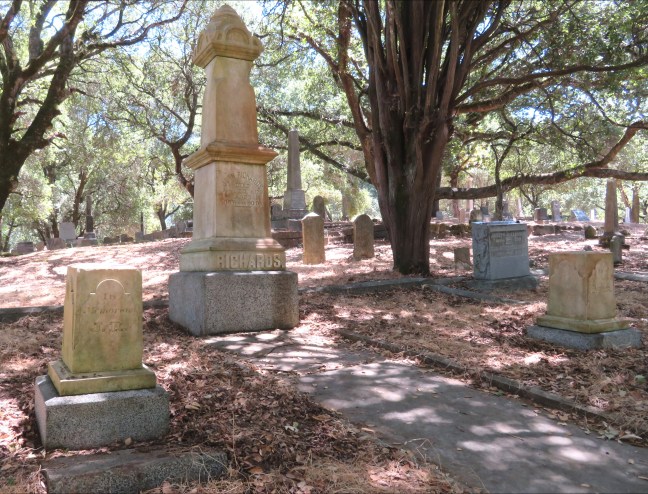 A Handsome Monument, the marble work placed above the remains of the late John Richards in the Santa Rosa Cemetery deserves more than a passing notice. The lot is enclosed with a wall of Folsom granite, two feet in height and handsomely finished. The base of the monument is of Folsom granite two feet in height, surmounted by a moulded marble base eighteen inches high, then comes the die cap, two and a half foot in height, and surmounted by a cap ten inches in height, and above this is an urn two feet two inches in height, the whole forming a most handsome piece of monumental work, and all except the base is of Italian marble. From the base of the monument to the entrance of the lot is something we have not seen in another cemetery in this county, a marble walk forty-two inches wide and thirteen feet in length. It adds greatly to the appearance of the grounds. There are two urns about three feet in height, tastefully disposed about the lot representing a laver. on the rim of each is perched a dove, all of beautiful white Italian marble. At the foot of the grave is a foot stone with the initials “J. R.” tastefully worked, and at the head is one of the urns above mentioned, and a statue representing a faithful dog deposing at the base of it. The whole grounds are most tastefully arranged, the marble and granite work, costing not less than $2,000, and are well worth a visit. The workmanship is that of A. C Thompson. Petaluma, who took the first premium at the recent exhibition of the Sonoma and Marin Agricultural Society.