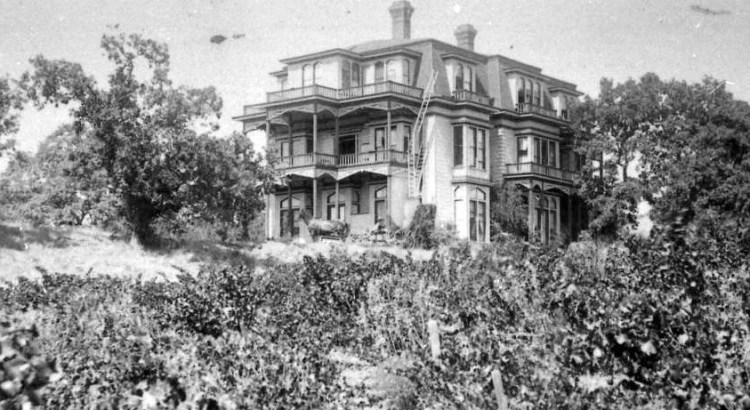 That September 20 fire started at the airport. Today probably only the oldest-timers and aviation buffs know that the town had an airport there; when it opened in 1929 it was first called the Santa Rosa Municipal Airport, then it became the Santa Rosa Airpark and lastly the Coddingtown Airport, which finally closed in 1971 or 1972 (EDIT: The Airpark and Coddingtown were nearby, but not the same place). The layout of the runways shifted over the years but the way it probably looked at the time of the fire can be seen in the graphic below. (For much more on all the historic airfields in the Santa Rosa area, see the “Abandoned and Little-Known Airfields” site. Don’t miss the commemorative postmark of Luther Burbank looking like an angry muppet.)