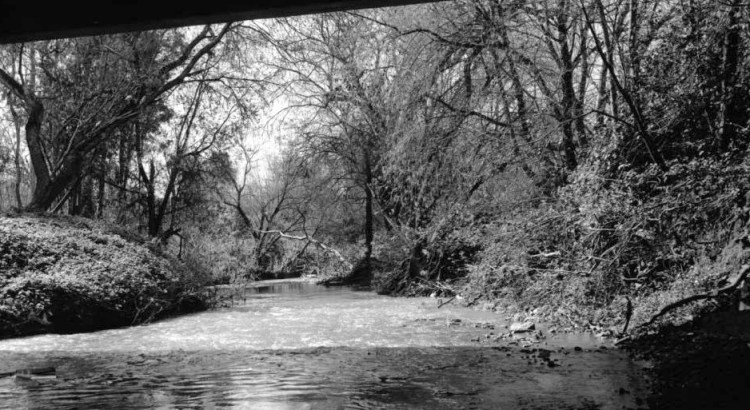 Pity future historians; they will struggle to understand why we destroyed the things we loved most – and even paid for the pleasure. When the 1960s began, Santa Rosa had a lovely creek burbling through its downtown. Before the decade ended, the town’s jewel became a flood control channel buried under a pile of reinforced concrete buildings which no one would ever call lovely.

In the history of many towns there’s a chapter with an unhappy and wrong-headed tale such as this, and it’s because the nation was gripped by a collective madness called “urban renewal” during that era. Anything new would be better than anything old simply because. There was also free federal money available as long as the magic words were spoken: “urban blight.” So cities across America declared large swathes of their communities were indeed filled with areas injurious to public welfare because of being unfit, unsafe, obsolete, deteriorating, underdeveloped (read: undertaxed), subject to flooding or otherwise terribly blighted. File your blight report and don’t forget to include the address where Washington can send the money.

(This is a continuation of of the series, “Yesterday is Just Around the Corner,” which examines how Santa Rosa – a city which has always had swaggering ambitions – only has limited options for betterment today because of terrible 20th century planning decisions. Part one showed the downtown core is cramped because we rejected proposals to revise its layout beyond the setting of the original 1853 village, and how highway 101 “sawed the town in half” against the advice of state engineers.)

Santa Rosa took its first redevelopment baby steps in 1958 when the City Council formed an Urban Renewal Agency (URA). Besides its five appointed members there was soon a full-time planner, an executive director hired from Merced and out-of-town consultants to study the issues (bet you didn’t see that twist coming). Come September 1960 they discovered that Santa Rosa was indeed blighted, and in the amount of forty acres.

Meanwhile, there was another federal gravy train pulling into the station loaded with even more money, this time for flood control. Normally the Army Corps of Engineers does this kind of work but Sonoma Water (AKA the Sonoma County Water Agency, AKA the Sonoma County Flood Control and Water Conservation District) wrestled away most of the project along with its $11.8M budget – the equivalent to about $106,000,000 today.

Both urban renewal and flood control projects kept a low profile over the next few years. Reports were written, best plans were laid. Surveyors surveyed. The most exciting related event was the design proposal by the city’s New Jersey consultants. A scale model of their reimagined downtown (“as modern and carefully engineered as the latest model of a star-probing rocket” – PD) circulated around several bank lobbies. Their 1960 layout is seen in the drawing below, with a county/city government center along both banks of a fully restored Santa Rosa Creek.

That they highlighted the creek was not surprising. Every prior re-envisioning of the town did the same, starting with plans for a waterpark in 1906 (which was followed by the quixotic attempt to turn it into Lake Santa Rosa). In 1945 there was local architect Cal Caulkins’ park at the junction of Matanzas and Santa Rosa Creeks to compliment his vision of a new civic center. While the URA and flood planning was underway Santa Rosa was also doing an update to its General Plan, and the Planning Commission wrote this in 1962: “It has been suggested that there is not enough emphasis upon the preservation of Santa Rosa Creek for public purposes, such as hiking, riding, and bicycling trails. The staff recommends that the general plan be changed to show a green belt throughout the whole length of the Santa Rosa Creek within the planning area.”

This shuffling rate of progress came to an abrupt end in early 1963, after the North Bay was slammed with the worst winter storm in eight years. Santa Rosa received over two inches of rain in 24 hours during Jan. 31-Feb. 1, and the Russian River flooded – according to the Russian River Historical Society, it ranked #11 among top floods. Suddenly big decisions had to made, and made fast.

In mid-February it was revealed $3.5 million of flood control funding would be lost unless work plans for the upcoming year were submitted by July 1. Unlike urban renewal money – which required little more than flashing a pretty smile in the general direction of Washington – the water money was controlled by a tightwad Congress limiting how much dribbled out each year and was awarded competitively from two different agencies.

Santa Rosa was in for a rude shock. Except for the Planning Commissioners having just recommended creek preservation as part of a greenbelt, nothing about the future of Santa Rosa Creek had been mentioned in the Press Democrat for years – undoubtedly everyone expected it to be a featured part of the beautification of the town promised as part of urban renewal, per the drawings and models by the consultants. Not so. A headline in the March 17 PD presented the grim options: “THE CHOICE ON SANTA ROSA CREEK: LINED DITCH OR CULVERT”.

It seemed that the flood experts had been planning since 1959 to use a concrete-lined culvert for the stretch of the creek running through downtown. Gentle Reader is forgiven for now muttering, “bait and switch.”

There were federal specifications connected with the project that required this, a consulting engineer explained. Otherwise, the banks of the creek would have to be gradually sloped back, which would “destroy access to and usefulness of many more acres,” according to the PD. Which, of course, was exactly what was shown in the drawings and models.

The only given alternative was to “bury the whole thing,” which URA officials “believe to be an even neater solution.” The article continued, “an artificial creek, somewhat like that in Juilliard Park, has been suggested as part of the landscaping.” A following edition of the paper illustrated the difference with a photo of an open culvert that had both banks protected by five-foot chainlink fences topped by barbed wire. Next to it was a pastoral image of Juilliard Park and its fake creek. Pick one.

A joint meeting was called with the City Council, Planning Commission, plus all their other little boards, commissions and agencies. The three side-by-side box culverts would be a total of 48 feet wide and 17 feet high, enough to handle the surge of a 100-year storm, the officials were told. Otherwise, if the creek overflowed “it would sweep through downtown.” But the consultant who said that was either ignorant or lying; during the megaflood of 1862 the Central Valley became a giant lake and Sacramento was under ten feet of water, yet here the overflow from Santa Rosa Creek barely reached Courthouse Square. It was hardly a calamity, but there was no one there to challenge his audacious claim.

So without further consideration they immediately approved the underground culvert plan, with the original creek bed to be filled in “for use as a landscaped pedestrian way, and an artificial creek as part of the landscaping.” The city would end up paying for a good chunk of that work, however, as flood control only covered the cost of it being an open channel. Thus the URA coughed up $311K to condemn to oblivion the only natural feature everyone wanted to preserve.

Putting a bright shine on the loss of something so precious, the URA Executive Director insisted they not only would save money on not having to build bridges, but the city now had additional land for development. And that raised a big new question: What should they build on top of it?

NEXT: …AND HOW WE GAINED AN UGLY CITY HALL

One thought on “HOW WE LOST SANTA ROSA CREEK…”