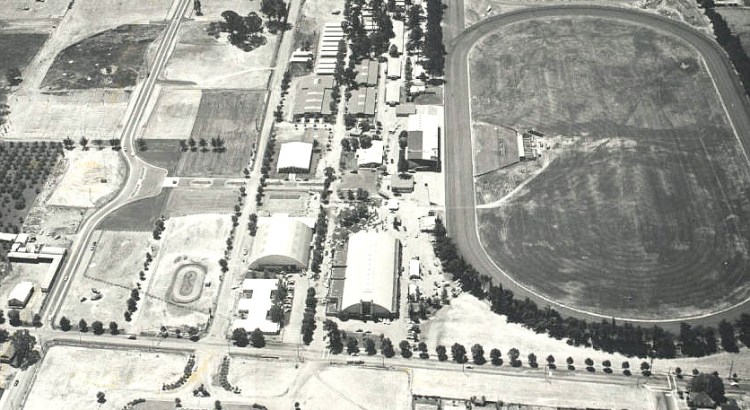 Anyone downtown on March 15 may have noticed an unusual dark bus slowly rolling along; inside were representatives from Santa Rosa and the Chamber of Commerce who were guiding a tour for about 70 Bay Area developers. Our visitors were promised that we would loosen rules and regs, defer or waive significant fees, all to max out every inch of buildable space near downtown as fast as possible. It makes for an awkward coincidence this was the same date that the soothsayer in Shakespeare’s tragedy Julius Caesar croaked out “beware the Ides of March,” warning that bad things were about to happen.

(Note to readers: This is an opinion piece about current events in Santa Rosa.)

An executive with the Bay Area Council told a reporter that the incentives Santa Rosa is offering developers are “unprecedented” for the Bay Area. “Everyone I know in the San Francisco and other Bay Area markets has internalized the trauma of wrestling with city departments,” said a rep from an international investment firm. “I sort of feel like I’m in Disneyland when I’m in Santa Rosa.”

Coverage of that significant event came from the San Jose Mercury News and was reprinted by the Press Democrat (apparently the PD’s assignment editor thought their Pulitzer Prize-winning staff would be too busy preparing for the upcoming St. Paddy’s Day – those peppy “holiday tips” listicles don’t write themselves).

As the reporter wasn’t from here, she framed the story as if this was all being done because of the 2017 fires – but for the last five years, locals have heard about our “historic housing crisis” from every politician allowed near a microphone. It’s so bad, we’re told, that last year Santa Rosa and Sonoma County formed a “RED JPA” (that’s a Renewal Enterprise District created as a Joint Powers Authority, for those who like to know what things mean) to push through as much housing construction as quickly as possible. In Santa Rosa, that translates to adding 7,000 more housing units to the downtown area by the year 2040 – a total of 30k countywide.

“If the pace of housing production is not accelerated well beyond historic levels, the impacts on the economy, climate change, quality of life, and the health and well‐being of Sonoma residents could be dire,” warns the District’s problem statement.

Did I hear Gentle Reader snorting in derision, skeptical that such a calamity is upon us? While county and city staff reports about planning goals are usually vague and cautious, that document reads like a political manifesto. (“Dire”? Seriously?) But hyperventilated or no, it seems to match the attitude of our RED officials – hence that welcome-to-Disneyland bus tour.

But let’s trust that the city and country are absolutely correct in their forecast and it’s really an unprecedented, five alarm, all hands on deck crisis – “dire,” even – and something must be done, and done swiftly. If that’s really so, here’s a modest proposal: Move the fairgrounds somewhere else and build thousands of new homes on the site.

The Sonoma County Fairgrounds is an island of county property within Santa Rosa city limits, and at 182 acres it’s more than twice the size of the former hospital campus on Chanate. It’s close to shopping, medical services, and because of easy access to Highway 12, a shuttle from the downtown SMART station can reach the neighborhood in a couple of minutes or so. In short, it’s an ideal location for infill development – except for it currently having a tenant, albeit one who uses the place only for a few weeks of the year and occasionally rents it out when friends drop by.

To many, I’m sure the notion of losing that location for the fairgrounds is unthinkable. But as I’ve just written in “THE LOST HISTORY OF THE SONOMA COUNTY FAIR,” the county fair flipped between being in Santa Rosa and Petaluma several times and was once held in Cotati. The only reason it ended up staying here was because the Press Democrat and Santa Rosa civic boosters wanted to use horse racing as a tourist draw during the Great Depression. For the first 12+ years there was no permanence to the fairgrounds; tents were rented for exhibits and livestock. The Hall of Flowers is a former B-29 airplane hanger the Fair bought cheaply in 1949.

Even if the Sonoma County Fairgrounds remained at this prime location, its footprint still could be reduced to add some housing. As the PD recently noted, interest in horse racing is fading quickly; should we really continue to set aside ~50 acres for it? And speaking of horse racing, can someone please tell me why the Jockey Club – a sports bar dedicated to off-track betting – is on the county’s fairgrounds property?

Shorn of the racetrack, horse stables, the OTB drinking hole plus some of the storage barns in back and the Sonoma County Fair becomes a size manageable to move. But where should the County Fair go?

The easiest option would be to let it revert to its origins at the Sonoma-Marin fairgrounds in Petaluma, either as part of their regular fair or as a separate August event. County Fair attendance is down 37 percent over the last six years, so the smaller Petaluma venue would not be a squeeze. But my preference (since no one asked) would be to have the fairgrounds swap places with the County Administration campus.

Just last month (July, 2019) the county agreed to pay a consultant up to $300,000 to ponder where to build a possible new joint city-county government center, with downtown Santa Rosa being a desirable option. The county says the Sheriff’s Office and the county jail are staying put; all those other offices could move to the fairgrounds location and there would still be enough room to build over a thousand single-family homes on the rest of the property.

A downsized County Fair, with its livestock, craft/floral exhibitions along with the usual Midway, would easily fit in the current Administration campus space. It particularly would be a better location for the Chris Beck Arena, which is increasingly used for monster truck rallies, destruction derbies and other loud motorsport events which blanket the downtown and beyond with the noise of roaring engines.

Nor would a fairgrounds/campus swap need to happen all at once. The redevelopment plan envisions stretching Santa Rosa’s population growth over the next 20 years, so any contracts and commitments regarding the existing fairgrounds have plenty of time to iron out. And construction of the new county office space could be incremental; while it’s ongoing, maybe the Supes could hold meetings in the auditorium of the Veterans Memorial Building, another underutilized public space.

None of this is under consideration, of course; as far as I can tell, no one has ever proposed redeveloping the fairgrounds before – but then again, we’ve also never had our city and county governments warning that we face a “dire” situation unless we add 7,000 places to live close to downtown.

Instead, Santa Rosa is pushing developers to build upwards, giving them generous incentives to construct 5, 7, and even 10 story buildings. All well and good, except for this: Seismologists tell us that Santa Rosa is a few decades overdue for The Big One – an earthquake of catastrophic proportion. I would not like to be inside, standing next to, or even driving past a ten story building when that hits.

The current odds are estimated at a 1-in-3 chance of our “Santa Rosa pull-apart basin” – and yes, it’s exactly as horrific as it sounds – rupturing before 2045, the highest risk in the Bay Area. Picture everything west of Brookwood Ave. suddenly shifting to the north while the east side heads south. In a quake of 7.0 magnitude or greater, that could mean a slippage of over six feet. It will be likely the worst disaster in Sonoma County history, and here’s the bonus good news: Memorial Hospital sits smack on Ground Zero.

You can read more about our earthquake fault in an earlier article (here’s also a geological study PDF), but the city should be handing a map such as the one below to every developer who comes here to look at “Disneyland.” Yes, it’s possible to build tall buildings that are seismically safe, but such engineering adds 20-25 percent to construction costs, and Santa Rosa is pitching the town as a place where they can build quickly, cheaply and hassle free.

So how will all this play out? Barring a major quake which turns all buildings into pancakes, I expect the city will have some success in attracting new development, although adding nowhere near 7,000 housing units in the downtown core. But the “Downtown Station Area Specific Plan” encompasses a far larger area (MAP); the concern is that the city will meet that quota by stuffing high density projects in the older neighborhoods. This has already happened, as the City Council approved the 185 unit DeTurk Winery complex in the West End, followed by the developer returning and asking to use a “density bonus” and bumping the number to 240 – and all this despite the location being within a historic preservation district.

Meanwhile, 182 acres sits fallow almost all of the year, a time capsule of pre-WWII Santa Rosa.

I suppose city and county staff will say fairgrounds redevelopment is off limits because it lies just outside the official Specific Plan boundary, or because of its special “Public Institutional” zoning. Well, working around such problems is the very point of having a county/city RED JPA – right?

This should also become an election year issue. Ask politicians to prioritize: Should we keep a gaming sports bar or build ten single family homes on the spot? Should we support a racetrack for a dying spectator sport or create a new infill subdivision? Do we need most to keep little-used fairgrounds or build a new community which would be half the entire size of Coffey Park? Since the City Council and Board of Supervisors tell us the situation is “dire,” these are fair questions. Very fair.