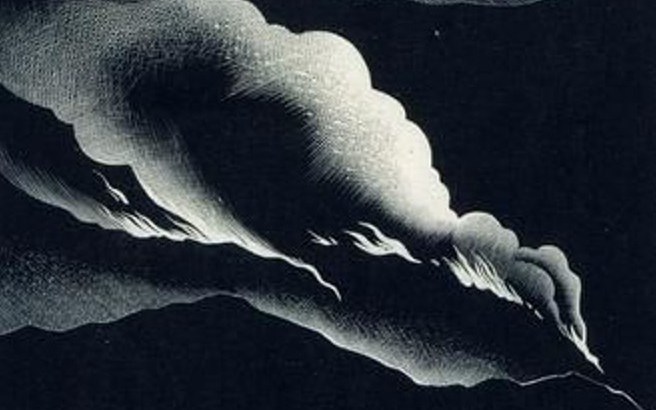 In 2017 Santa Rosa suffered the Tubbs Fire and before that, the 1964 Hanly Fire. But way back in 1870, yet another firestorm charged over the mountain towards Santa Rosa. Our ancestors simply called it The Great Fire.

The California fire history maps only go back to 1951 and none of the reports yet published by the state mention the 1870 disaster, although it followed the same pattern as what happened last year. Driven by very high northerly winds, the October 1870 fire started near Calistoga and when it was joined by a blaze from St. Helena it became unstoppable. The Santa Rosa newspaper reported, “soon the flames were beyond control, devouring everything within their reach…and swept along the mountains with such terrible speed that all efforts to check its progress were given up.”

No map was published of the burn area, but the Sonoma Democrat described which properties were hit – see articles transcribed below. A deed search would probably produce a reasonably accurate map, but we know it stopped three miles from Santa Rosa. Measuring from the 1870 city limits, that would mean it burned through Fountaingrove.

Just as in 1964 and last year, there was also a simultaneous fire on the Sonoma Valley ridge. It burned as far south as Napa City – like the recent Nuns Fire – and on the Sonoma county side the fires also matched the 2017 disaster: “The smouldering stumps and blackened fields can be seen all along the Sonoma road,” reported the Sonoma Democrat in 1870.

The crisis came the night of October 16, the third night of what we now call, “Diablo Winds.” Santa Rosa was on edge because of “the close proximity of the fire on the hills;” a collection was taken up among townsfolk to pay three men to stay up all night and sound the alarm if the fire threatened.

What the Petaluma Argus observed six days afterwards sounds uncomfortably familiar to 2017: “Fires are yet raging through all the vicinity,” and there was “a smoky haze of the atmosphere through this section seldom if ever before seen.”

There were no deaths – aside from 400 sheep – and the properties harmed were remote farms and ranches. That’s probably the reason you won’t find mention of the 1870 fires in any of our local history books – the authors probably thought it was a fluke. (I stumbled across the details only while reading the old newspapers.)

But looking back on the incident now, the Great Fire of 1870 is unnerving to discover. Once can be an accident; twice could be a coincidence.

Three times is a pattern.

One of the most extensive and destructive fires of which we have record, has been raging for the past week on the mountains which divide Sonoma and Napa Counties. From all the sources of information to which we have had access, we are enabled to place before our readers the following particulars: Three fires were started at almost the same time – one near the town of St. Helena on the 13th; one at St. Helena on the 14th, and one at Calistoga on the 15th. Shortly after they had been started a high wind began to blow, and soon the flames were beyond control, devouring everything within their reach. The fires of Calistoga and St. Helena formed a junction, and swept along the mountains with such terrible speed that all efforts to check its progress were given up. The following are the names ot the principal sufferers: Jerry Porter—ranch partially burned, fence entirely destroyed, house and barn saved. Mr. Cash—ranch met the same fate as that of Mr. Porter. Bruce Cocknill-ranch entirely destroyed, including out houses and about ten thousand rails. Wilis Cocknill—fence entirely consumed, together with about eight thonsand pickets and a large number of fine sheep. Mr. Coulter—fencing and a large amount of stock burned. Mr. Woodward—ranch on Mark West Creek partially destroyed. As the wind had now ceased to blow so violently, the fire was checked at this place. South of the places above named, the following destruction took place; Jacob Winegardener—ranch, house, barn, out houses, stock and considerable lumber destroyed. Mr. Johnson—ranch and buildings destroyed. Mr, Hoffman—ranch and all he possessed, with the exception of his riding horse, consumed. Mr. Frederick Vent having removed his fencing, saved his ranch, at which point the fire was checked. Nothing is left to mark the course ol the firey fiend but smouldering ruins. The labors of years has been swept away, and many families left in a destitute condition. As to who started these fires in the first place it is impossible to tell, and perhaps will never be known.

The fire found its way into Sonoma Valley, and considerable damage was done before it could be checked. The first place destroyed was the home of Mrs. Lucy Box, a widow lady, who is left almost penniless. The dwelling, furniture, barn, etc., is now in ruins. This is a sad case, and it is a pleasure to us to learn that our citizens are contributing liberally toward enabling this lady to build up another home for herself and children. The next place it reached was the pasture of the Guilicos Ranch, destroying a great amount of fencing. Mr. Jas. Shaw, an estimable gentleman, was the next sufferer. He lost his house, barn, wagons, and a large amount of lumber. Mr. Shaw is now absent from home, and the news of his great loss has not yet reached him. The smouldering stumps and blackened fields can be seen all along the Sonoma road.

Town Watched. —In consequence of the high wind that was prevalent on last Sunday evening, and the close proximity of the fire on the hills, it was deemed advisable to have our town patroled throughout the night. For this purpose a number of our citizens subscribed various sums to a purse for the defrayment of the expenses: Messrs. Park, Metzler, and a person whose name is unknown to us, were appointed to stand guard during the night, and sound the alarm provided the fiery elements approached too closely. There being no necessity to arouse our citizens from their slumbers, the “fire extinguisher” was allowed to remain housed.

THE FIRE IN THE MOUNTAINS.– For several days past a fearful fire has been raging in the woods and fields in the region of country between Calistoga and Healdsburg, doing immense damage, especially in and about Calistoga, and producing a smoky haze of the atmosphere through this section seldom if ever before seen. During Friday night and Saturday a very high wind prevailed, driving the fire with fearful rapidity. All of the grain fields, fences and woods from Knight’s Valley to Walnut Station, on the line of the railroad toward Napa City, over a distance of twelve miles, were consumed. The fire is still raging in the woods in the mountains. Further down in the valley, and in the vicinity of Napa City, some ten thousand acres of ground have been burned over, in many instances fences, hay, barns and houses being swept away. In Sonoma county quite an extent of country has also been burnt over, and, in some instances, considerable damage sustained. Among the losses which have come to our knowledge is of a Mr. Coulter, a butcher, of Santa Rosa, whose ranch in the mountains was burned out, and four hundred sheep destroyed. Also, a man named Scalis, living about three miles from Santa Rosa, had his barn burnt, and hay and grain destroyed. Also Mr. James Shaw, Mr. Hoffman, and Mrs. Lucy Box, of Guilicos valley, lost their houses, barns, fences, hay, grain, etc. Fires are yet raging through all the vicinity, and will probably burn until there is a fall of rain.

St. Helena, (Napa County), Oct. 21, 1870. Editors Alta: …The fires that have raged in the hills between this place and Calistoga, are nearly extinguished; the damages are as yet not fully ascertained, but they will probably foot up $20,000, the losers in every instance being uninsured. In the valley, conflagrations are frequent, and the ranch-holders have been “fighting fire” night and day for the past two weeks; fences are burned for ten miles in every direction, as is also the lumber on the ground to erect new ones. The trunks of the forest trees are so charred that they will be blown down by the first gale. Krug’s wine cellar came very near being destroyed by a fire which broke out in the stubble, on Monday, but with the assistance of the neighbors, the flames were extinguished, a large number of vines being damaged. A cellar, owned by Jock & McCoy, near thia place, was burned a few days ago, and 24,000 gallons of wine lost, together with 100 tons of grapes, crushed ready for manufacture into wine.