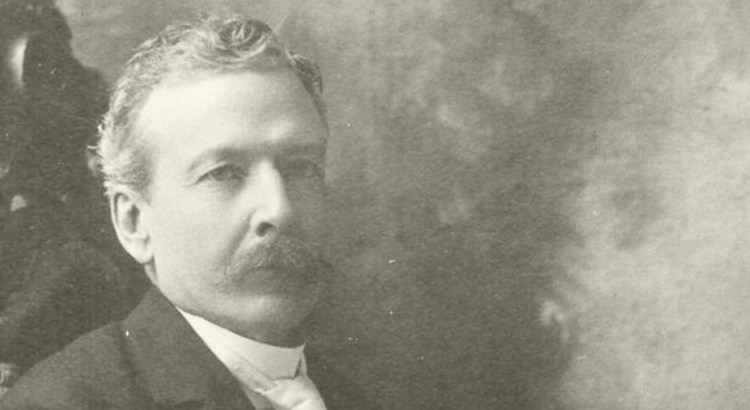 “There are some Chinamen in this place. I like them very well. They know about four times as much as folks generally give them credit for. They are disagreeable in some respects.” That was in Luther Burbank’s first letter to his mother from Santa Rosa, October 31, 1875 – the same letter with that “chosen spot of all this earth” quote which has become the town’s brand.

But that same fellow has a “dark past,” according to a Press Democrat headline last week.

“Luther Burbank was a racist and leader of Santa Rosa’s Chinese removal project. He leveraged his local influence and heroic stature to villainize an entire community on the basis of ethnic difference…Burbank stripped Sonoma County of cultural diversity.” Then, there’s this: “Trump’s campaign ran off the same racism and xenophobia that Burbank employed in the 1880s, and it worked out pretty well for them both.” Good grief, what kind of monster has the Chamber of Commerce been promoting for the last 120 years?

The article that makes those accusations was written by Julia Modell, features editor for the Santa Rosa Junior College’s newspaper, the Oak Leaf. It appeared there in April, and on May 27, the PD reprinted it unedited.

Modell wants SRJC to rename Burbank Auditorium after pretty much anyone else, all in the cause of social justice. “He didn’t lead a Confederate army, and he didn’t enslave people,” she wrote. “But in the context of ‘liberal’ Sonoma County, where people point to the lack of diversity but fail to accept history of racism, Burbank is a perfect idol to fall.”

On Facebook and other low spots on the internet where opinions easily puddle, some agreed with Modell, and some thought it was a stupid thing to argue. Most dived in to take a position on its moral relativism – whether it’s proper to apply our modern values to 19th century doings. Also on May 27, the editorial board of the PD agreed “there’s a dark chapter in Burbank’s biography” and stated it was a sticky problem, like Confederate flags and racist team mascots.

But few are pondering the big question: What if the accusations aren’t true at all? What if it’s really “fake news” – or rather, “fake history?”

Again from Modell’s commentary: “A group of Santa Rosans formed the Anti-Chinese League in 1886 with the explicit goal of removing all Chinese residents from Santa Rosa. ‘Santa Rosa: A 19th Century Town,’ lists Burbank as the secretary of this committee.”

That book was written by Gaye LeBaron et. al. Trouble is, the book DOES NOT state Burbank was the secretary. Nor does it appear in any of the three biographies of Burbank. Nor did any of the 1886 newspapers name him as the secretary. Since the foundation of Modell’s entire accusation that he was a racist mastermind because of being the League secretary, methinks she needs to disclose her source of this information, pronto.

See the following article for details on Santa Rosa’s 1886 Anti-Chinese League, “THE YEAR OF THE ANTI-CHINESE LEAGUE“. But briefly, much of the West Coast was enflamed during February of that year in a frenzy of racist hatred against Chinese immigrants, fueled by the Sonoma county murder of the Wickershams, supposedly by their Chinese house servant – and no, he probably wasn’t the killer, as explained in my series.

Every town in the North Bay had their own League or Committee, and the local papers documented all their doings in detail because interest was so high; at one Santa Rosa meeting, up to 1,500 people attended. Names of officers were regularly mentioned and at the January 29th meeting at Santa Rosa’s roller skating rink, three secretaries were elected to correspond with other anti-Chinese groups: F. Berka, W. C. Kellogg and R. D. Cannon. (Note: No Luther Burbank.)

So what was Burbank’s involvement with Santa Rosa’s 1886 Anti-Chinese League?

At their February 8th meeting, it was decided to request every business and household sign a pledge vowing to boycott Chinese immigrant businesses and fire any Chinese workers. Ugly racism, yes, but it was in line with what was happening that same time in towns all over the west – in Healdsburg over 700 had already signed a similar boycott pledge. It’s also important to note that the boycott eschewed confrontation and violence. At that same meeting, the League asked City Council to add more police to night patrol to prevent “riotous demonstration by white persons toward Chinamen”.

To distribute the pledge, the League divided the town into wards with 4-7 men appointed to each. The full list of the ward subcommittees appears in the following article, but here are the lists for Ward 2 as they appeared in both Santa Rosa newspapers. “Burbank” only appears in one of them.

As far as I can tell, “Burbank” was the only name which appeared on one list and not the other. What to make of this? Sans the discovery of the actual signup sheet from 1886, it means that his involvement with the League – even at this lowest level – is inconclusive. We can’t even say that “Burbank” was certainly Luther, as his brother Alfred was also living here at the time and his whereabouts for that year are unknown.

Thus: Unless heretofore unknown evidence surfaces, Luther Burbank’s “dark past” is that he walked around his neighborhood asking people to sign a petition. Maybe.

While waiting for an unpublished document to appear that shows Luther Burbank was a monster in human form, let’s review a few things about him that any social justice activist should cheer.

Start with those lines about Chinese immigrants from his first letter home: “I like them very well. They know about four times as much as folks generally give them credit for.” Do you have any idea how remarkable it was for someone to write that in 1875? Chinese people were rarely shown any respect at all, being treated more like work animals. In Burbank’s only other letter mentioning the Chinese, he sent home a receipt from a Chinese laundry, marveling at the written Mandarin. “Can you read it? I should like to see the white man that could.”

The first chapter of Burbank’s essay, “The Training Of The Human Plant,” was titled “The Mingling of the Races.” There he applauds America’s “vast mingling of races brought here by immigration” and writes approvingly of interracial marriage. That was far ahead of its time when he wrote it in 1906; the state of California would not drop the ban on interracial marriage until 1948.

As I wrote in my “Wide-Open Town” series, Santa Rosa was a pretty corrupt place around the turn of the century. The scene downtown was compared to a “mining camp” and our small community had a red-light district large enough to service, well, a mining camp. Saloons and hotels turned into casinos while cops and local officials looked the other way, or even joined the illegal gaming. Even local children were found alongside professional gamblers from San Francisco at roulette wheels and crap tables in the backrooms. All of this activity was condoned, even encouraged, by the City Council – as well as by the Press Democrat. Fighting this corruption were reform-minded citizens who called themselves the “Good Government League.” Their reform efforts did not have an impact for years, but it was a watershed event where the 19th century good ol’ boys began to lose their grip on the town. Know who was the Vice President of that progressive citizen’s group? Luther Burbank.

And as for the SRJC’s Burbank Auditorium, some institutional history is in order. The auditorium concept predated the Junior College by a decade. The city and Chamber of Commerce originally bought the land in 1921 to make it the “Luther Burbank Creation Garden” – although it had very little to do with Burbank, aside from a promise he would contribute some plants. It was really the latest installment in the perennial melodrama over Santa Rosa’s efforts to create its first public park, this time with the good juju of Burbank’s famous name and intentions that it would someday include a 3,000-seat community auditorium, another benefit the town lacked. Nothing much came of it (although they passed the hat at events for years, seeking donations) and the property was sold in 1930 to become the basis of the new Junior College campus.

While we’re still waiting for evidence to show Luther Burbank was “a racist and leader of Santa Rosa’s Chinese removal project,” there are a few other writing assignments that folks could start.

The Oak Leaf editor-in-chief and its faculty advisor could explain why there were no fact checking efforts. Julia Modell clearly stated that her information supposedly came from Gaye LeBaron’s book. That section of the book is four pages long and about half is taken up by pictures. Someone could have read it in a couple of minutes. But no one did.

The Press Democrat editor might also tell us why they did not bother to fact check this extraordinary accusation – and then doubled down by publishing a hand-wringing “whatever shall we do” editorial. Remember Gaye LeBaron, the woman who wrote that book? She’s on your staff! Couldn’t someone take a moment away from polishing that Pulitzer Prize to give her a call and ask, you know, is any of this crap even true?

And the PD can also apologize for giving its readers a severe case of whiplash. On May 20 we were celebrating community spirit at the Luther Burbank Rose Parade, and exactly one week later, readers are told it might as well have been called the David Duke Rose Parade. And now we’re all going to get another neck jolt when the paper publishes a double retraction. You are going to retract the article and editorial, right, Press Democrat?

10 thoughts on “BURBANK AND THE CHINESE”