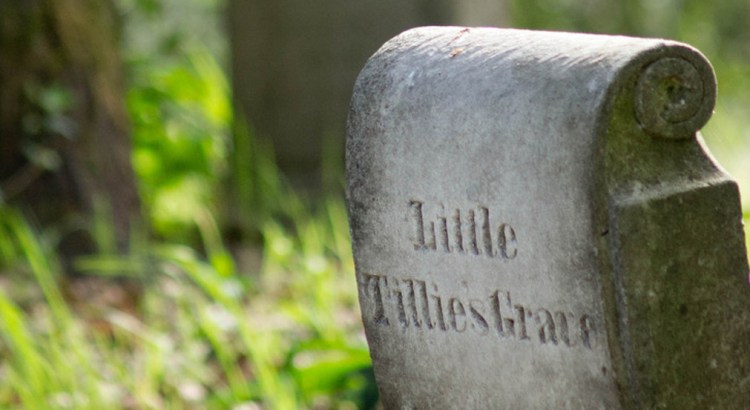 Without doubt, it is the most important book about Santa Rosa’s history ever written.

The new edition of the Santa Rosa Rural Cemetery book is out and it’s unlike anything that came before. Normally such a listing of burials is a dry reference work only used by genealogists or someone seeking where great uncle Fletcher is buried on the hill. This is more like an encyclopedic collection of grand short stories, more than five thousand tales long.

Volunteers Sandy Frary and Ray Owen dedicated nearly fourteen years assembling the material via primary source research, scouring all manner of databases and conducting interviews with descendants. The result is both highly accurate and readable; although he may not be your great uncle Fletcher, you’ll enjoy meeting him.

The co-authors were well-suited for this kind of project. Sandy worked at the County Sheriff’s Office for a quarter century and since then has spent years as a volunteer at the Coroner’s Office researching old records. Ray had 33 years of experience in security background investigations with the Army and U.S. Civil Service Commission (now the Office of Personnel Management).

[Editorial note: My interviews with Sandy and Ray were conducted separately but are merged here according to topic. In full disclosure, I contributed a couple of stories and handled the cover artwork.] 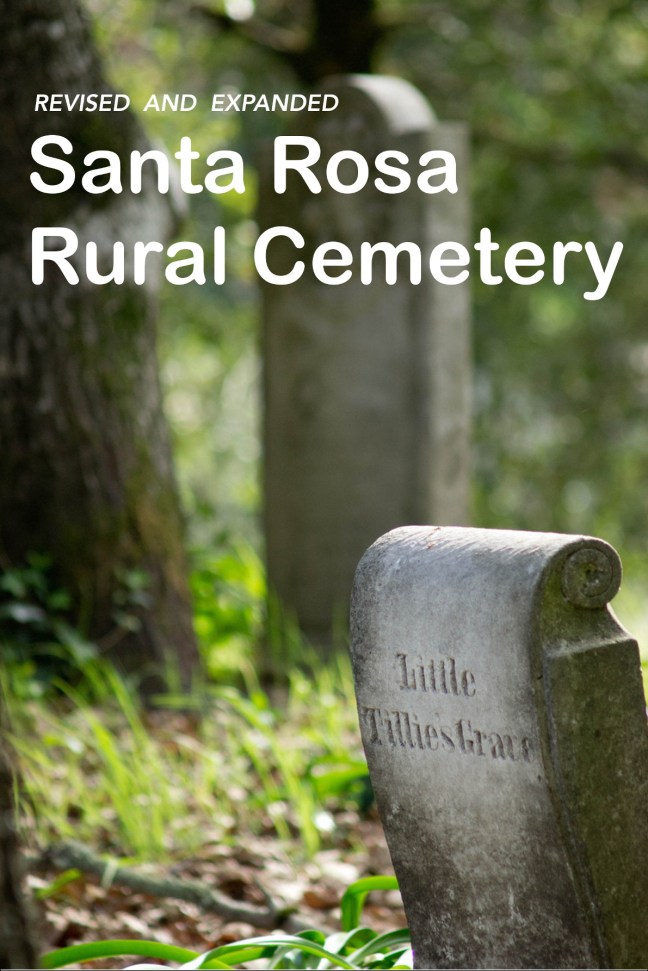 QUESTION: What were the earlier attempts to document the cemetery?

Q: When did you start working on the project?

RAY: I got started on this in 1996, when Margaret Phinney called me to ask if I would be willing to participate in a survey of the cemetery. Afterwards the Phinneys gave me a list of over a hundred items. There were markers with names but no dates, stones that were scattered away from where they should be, unidentified plots, and I was successful with 80-90 of the items. After that they kept sending me names to research.

SANDY: Starting in March of 2007, I spent every Tuesday and Thursday afternoon for six months traipsing through the Rural Cemetery making gravestone rubbings in order to capture and record the epitaphs on all the aging gravestones. Eventually my diligence caught the attention of Alan Phinney, who was then head of the volunteer maintenance crew. Alan and Margaret felt it was time to turn their cemetery database over to someone else and chose me to take over.

Q: How many entries were there when you began?

SANDY: I don’t recall the exact number of entries when I began, but there were around 5,000.

Q: How many now, and how many were deleted because the person was actually buried at the county cemetery or somewhere else?

Q: Can you describe how you worked together?

RAY: When Sandy took over she would forward questions to me. Sometime they came from inquiries directed to her but often she wanted more information on a person in the database. I also have a special interest in veterans, since we put flags on their graves on Memorial Day. I discovered a number of vets who had family markers but were unknown to be former soldiers, sailors or Marines.

SANDY: For years, Ray spent as many as five days a week at the County History and Genealogy Library going through microfilm reels of old newspapers, the California death index, census records, etc. He was EXTREMELY prolific, providing thousands and thousands and thousands of Xeroxed copies of information for me to add to the database.

Q: What was your research process – how did you know what to research?

RAY: If I had vital data, I would go directly to the newspaper microfilm to find the obituary. The Democrat carried more obituaries than the Republican, but the Republican’s were often more comprehensive and accurate. Otherwise I started with death records, census, the county library’s Local History Index and later, Ancestry.com.

SANDY: Actually, I didn’t really know what or how to research when I took over the database. But by luck, one morning [my late husband] Jim and I were having breakfast at the Piner Café, and I ran into a Sheriff’s sergeant who had worked at the Coroner’s Office. He told me about the interesting old Coroner’s Death Records that were housed there. And that got me thinking.

I wrote a letter to the Sheriff and asked if he would allow me to access the Coroner’s old death records so I could look for anyone who was buried in the Rural Cemetery. The Sheriff approved my request, and instructed the Chief Deputy Coroner to provide me with a desk and a computer. Then the Chief Deputy Coroner ordered a large fireproof cabinet to house the old death records because he assumed that I would be bringing up the records that were housed in the dark, damp basement, and I could then store them in the cabinet within the Coroner’s Office.

Thus began months of researching the death records. I was thrilled to find death records of Rural Cemetery residents and information I could add to their burial listings. Plus, I even found some death records for Jeremy Nichols for people he was not even aware of who were buried in the Chanate Historic Cemetery. And I was thrilled to also have access to all the old Coroner’s inquest. I was in heaven!

Eventually the Chief Deputy Coroner asked me to identify all the people buried in the County of Sonoma indigent Cemetery. So I asked if he would contact the Deputy County Clerk and ask for permission for me to access the Sonoma County death certificates. He did, and the Deputy County Clerk approved. Thus began approximately three years of working two days a week at the Recorder’s Office going through thousands of death certificates. At first I researched the indigent burials and was able to identify all the people buried there. Then I spent several years going through over four thousand death certificates for the Rural Cemetery and was able to add TONS of information to the burial listings, such as cause of death, name of parents, name of spouse, where born, home address, etc.

Q: There are about 900 new entries in this edition. Where did you find so many lost people?

RAY: Some of the older obituaries and death records said a burial was at “Santa Rosa Cemetery.” We did not realize for quite a long time that it was synonymous with Rural, but since Odd Fellows was established in 1885 and Calvary in 1888, all entries before then had to be Rural. We added quite a few names that way.

A lot were also random finds while looking for something else. If I was looking for an obituary I would go over the following five or six days as well. That turned out productive enough that I continued to do it.

When the place of burial wasn’t mentioned I looked for the spouse. In many cases an obit said the deceased was buried next to a wife or husband whom we already knew was in Rural. Or if there was a family of five but only four were known to be in Rural, what happened to the fifth?

Q: Do you know of any other cemetery documentation project like this?

SANDY: No, and I can’t imagine anyone else being as crazy/obsessed as Ray and I have been. Plus, because of my previous 25 years at the Sheriff’s Office, I was given the privilege of accessing ALL the Coroner’s old death records. And because of my affiliation with the Coroner’s Office, I was given access to ALL the Sonoma County death certificates, I don’t imagine there are many people who are as privileged as I have been to access such valuable information for so long, especially with today’s confidentiality issues.

Q: Another part of the historical record are the maps. What can be learned from them? How accurate are they?

SANDY: The original old historical cemetery maps (I have several original maps) show not only the layout of the cemetery, but also and the original numbering of each plot. Before these maps were discovered, cemetery maps showed that in some areas there were no plots, and plots in other areas were sometimes assigned random numbers, as in Moke Cemetery. With the discovery of the old maps, I was able to restore the original plot numbering and put plots in areas which had shown no plots.

Several years back, Bill Northcroft surveyed Moke Cemetery in order to determine the boundary of each plot. As a result, this changed the plot number of some of the burials there, which I have corrected in the database.

With the help of Gary Pasqualetti of the Applied Technology Department at Santa Rosa Junior College, we were able to piece together all the original maps and produce an anatomically correct blueprint of Santa Rosa Rural Cemetery.

Q: Do you believe there are more burials to be found?

SANDY: Yes, I believe there are. I also believe that when the book hits the street, people will be contacting me to inquire as to why their relative(s), whom they say are buried in the Rural Cemetery, is/are not included in the book -and then our research will surely pick up again as we discover more burials to add to the database.

Q: How will corrections and additions be made?

SANDY: I will be adding corrections and additions to the Rural Cemetery database as often as I get them, which will probably be the rest of my life!

Q: Will there be an online version, at least an index of names?

SANDY: We had discussed the possibility of turning the burial listing book into an e-book. However the City has nixed this idea because they don‘t want to deal with offering/selling digital products, at least this is my understanding. We have not discussed the possibility of providing the public with at least an index of names. However, this is something to consider.