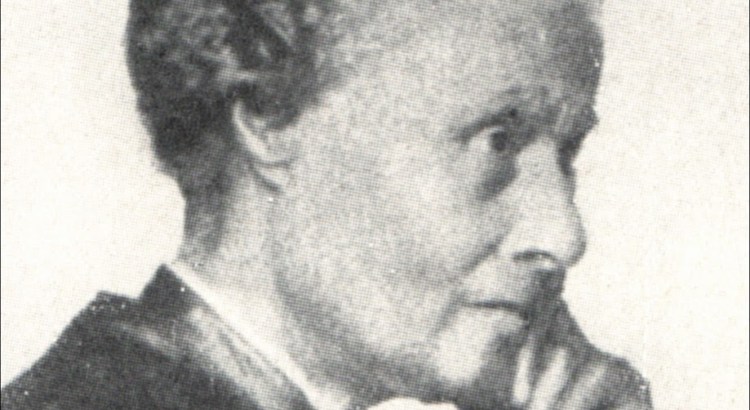 Quiz time: Name the most prominent African-American ever to live in Sonoma county. Name the wealthiest woman in 19th century San Francisco. Name the person your grandparents and great-grandparents believed was actually practicing black magic. All three are Mary Ellen “Mammy” Pleasant. 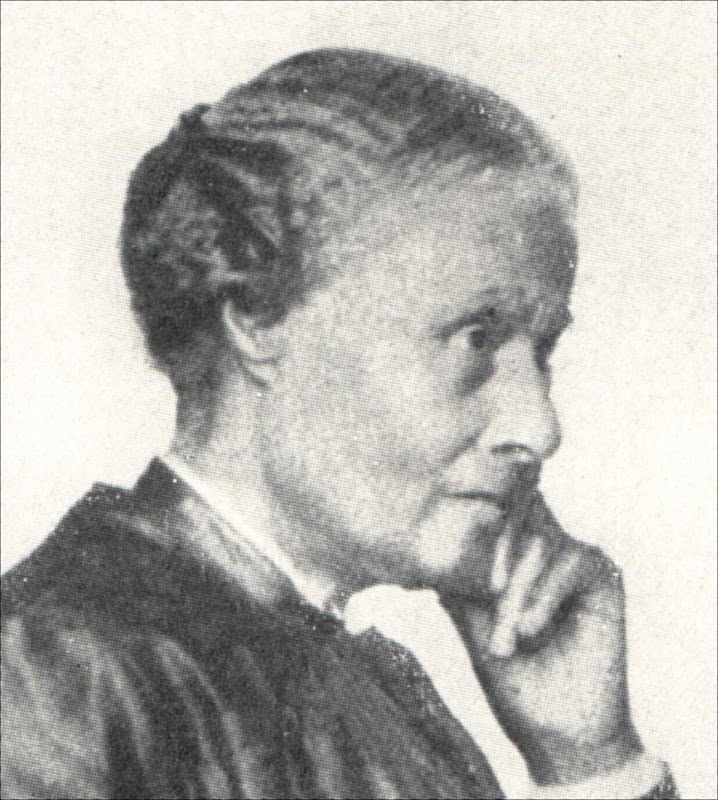 Remarkably little  about her is known with certainty. She was born sometime between 1814 and 1817. She may have been a slave (or not). She refused to answer to the racist nickname, “Mammy” and the portrait most often used is not even a photograph of her at all, but Queen Emalani of Hawaii. All that’s really certain is that she always carried herself with poise and was light-skinned, able to pass as white whenever she wanted – or then again, maybe her face was darker but had “European” features. But you can bet she was likely far smarter than anyone else she ever met.

An incident that happened at Glen Ellen in 1913 was originally planned to be retold here as part of the previous item about our ancestor’s readiness, just a century ago, to pull out their guns and blast away at each other. But as I prepared to write it up, it became clear that this shooting could be of interest to scholars as it reveals previously unknown details related to her story, and the canon of published work on Pleasant is so puny that even small bits may help.

Nearly all that’s available about her – both in print and online – is a thin weave of myths, canards and twice-told bits which fall apart with the slightest tug of fact checking. On the Internet this thumbnail bio offers a pretty good capsule view of her life. Further research is found in The Making of “Mammy Pleasant” which is available at the Sonoma County library (the introduction is particularly worth reading).

But most of what is still commonly said about her comes from novelizations of her life and times written by Helen Holdredge, who turned out a handful of history-based potboilers in the 1950s. Sources are rarely mentioned in “Mammy Pleasant” and “Mammy Pleasant’s Partner,” making it impossible for the reader to know how much was simply made up. The author sensationalized the story without restraint, always seeking to reveal malevolent motivations behind Pleasant’s every deed. And often staining those pages is Holdredge’s racism; not content to simply mention a newspaper at the time once called Pleasant “queen of the voodoos,” Holdredge spun out a three page yarn of the supposed ritual which gave her “absolute control over the Negroes.” Thanks to the availability today of digitized newspapers and other sources we can debunk some of the claims in her books but gaps will always remain, in part because Holdredge possibly destroyed some primary source material before donating her collection to the San Francisco Library.

This is not the place to attempt a full profile of Mary Ellen Pleasant, but here are some biographical highlights:

Central to our story is the long and complex relationship between Mary Ellen and Mr. and Mrs. Thomas Bell. Before he met Pleasant, Thomas was already wealthy as part of the 1860s “Bank Crowd” in San Francisco, the insiders controlling nearly everything connected with Comstock Lode mining. In the 1870s he partnered with Pleasant and their mutual fortunes skyrocketed further still. He moved into her mansion which presumably raised some eyebrows, although a few years earlier he had been staying with another (male) partner from the Bank Crowd. Whether or not Thomas and Mary Ellen shared an intimate relationship is completely speculative.

Thomas’ wife, Teresa, is almost as much a riddle as Mary Ellen Pleasant. Most of her backstory comes from the unreliable Helen Holdredge, whose books claim she was another young protégée, groomed to be Bell’s mistress and nanny to his adopted children. (Another part of the Holdredge story that makes no sense is that Mary Ellen supposedly tricked him into believing he had to adopt them because they were his kids from prostitutes and mistresses.) After Teresa and Thomas married, all of them were living together in the 30-room manse where the fiction was Pleasant was employed as housekeeper. Altogether there were six children, but it’s unclear how many were born to the couple or were adopted.

Family life shifted to Sonoma county after Pleasant bought 985 acres near Glen Ellen in 1891. Included was one of the finest vineyards in California and a two-story ranch house, which she remodeled and probably expanded. She named the place Beltane Ranch, which survives today with the home turned into a bed-and-breakfast. (Sadly, the inn’s website includes only a few words about her and includes the usual dubious facts; for more information see this  history of the Beltane Ranch.) As usual, she made a savvy investment. Train service through the Valley of the Moon from the Tiburon ferry had just started the year before, and would soon transform the area into a favorite getaway for San Francisco elites, with the likes of sugar magnate Rudolph Spreckels raising polo ponies nearby.

The Bells and Pleasant played at being country squires but it only lasted about a year. The exact start of Mary Ellen’s downfall can be dated to October 16, 1892, when Thomas Bell died after falling over a railing in their San Francisco mansion.

Mary Ellen and Teresa continued their same roles, Teresa primarily at Beltane and Mary E. in the city. They co-parented the children and Pleasant continued handling all financial matters, even to the point of clothes shopping for Teresa.

They would also spend the next ten years in courtrooms fighting Thomas’ creditors, Pleasant’s creditors and finally each other. And except for the occasional sojourn to the courthouse in Santa Rosa, most of the legal battles were decided in San Francisco in front of Judge Coffey, who also presided over the endless William Sharon case.

Thomas and Mary Ellen’s investments were deeply entangled and became even more twisted after his death. For example, Mary Ellen apparently tried to hide assets by giving Teresa the deed to half of Beltane in 1894 but five years later, creditors convinced a judge to declare Pleasant the sole owner of the ranch. An old unrecorded deed conveying the San Francisco mansion to Pleasant had to be wrestled from Teresa’s grasp. Both were taking out mortgages on properties they may or may not have owned. It was an epic mess, impossible to straighten out today because the probate records for Thomas’ estate were lost in the 1906 San Francisco earthquake and fire.

Matters were made worse when 23 year-old eldest son Fred Bell petitioned the court in 1897 to have his mother removed as guardian of the children, claiming Teresa was an abusive alcoholic and being manipulated by the “Voudon woman.” He lobbed escalating charges at Pleasant in following months: She had stolen jewelry, embezzled thousands from the estate and ultimately hinted she had murdered his father, although he hedged by adding that while he was in the house at the time, he was too drunk to say for sure.

The crisis came in the spring of 1899. A petty quarrel at Beltane Ranch between Mary Ellen and Teresa escalated into thermonuclear war. Police were called.  Mary Ellen – somewhere past 85 years old at the time – locked herself in her room as Teresa, sprightly at age 51 or 52, struggled to push in the door. You kids.

Mary Ellen packed her trunks and left Beltane, never to return. Shortly after returning to the San Francisco mansion she found police at the door with an eviction notice from Teresa – a curious twist since at that time Pleasant was the owner of record of both the mansion and Beltane. She moved out of there, too.

Pleasant spent most of her final years at a small house in what is now South San Francisco. She died impoverished in 1904 at the home of a couple who buried her in their family’s cemetery plot in Napa.

Even after Mary Ellen Pleasant’s death the lawsuits continued. Her probate wasn’t closed for six years, when it was decided (by Judge Coffey, again) she left Beltane to the couple who nursed her at the end. That spurred new suits which went on for much of the 1910s. A little tin box of Pleasant’s was found in a safe deposit vault, and in 1912 Teresa and a small army of lawyers crowded together over a courtroom table as it was unlocked. Instead of the jewels Teresa expected, there was only “a bunch of faded papers,” according to the Chronicle, including personal letters and some old deeds. Naturally, Teresa tried to claim they belonged to her.

From published snippets of Teresa’s diaries it is shown she had a burning hatred of Mary Ellen from 1899 onward. But why? Surely she still wasn’t nursing a grudge over the squabble at the ranch concerning which one of them owned an armchair. It certainly went beyond a kind of Monopoly game competition of who had claim to the most houses or even any particular place. No, she wanted to see “Mammy” Pleasant utterly destroyed; her hatred was visceral, and I believe it was driven by a single person: Bayard Saville.

NEXT: THE MADWOMAN OF GLEN ELLEN 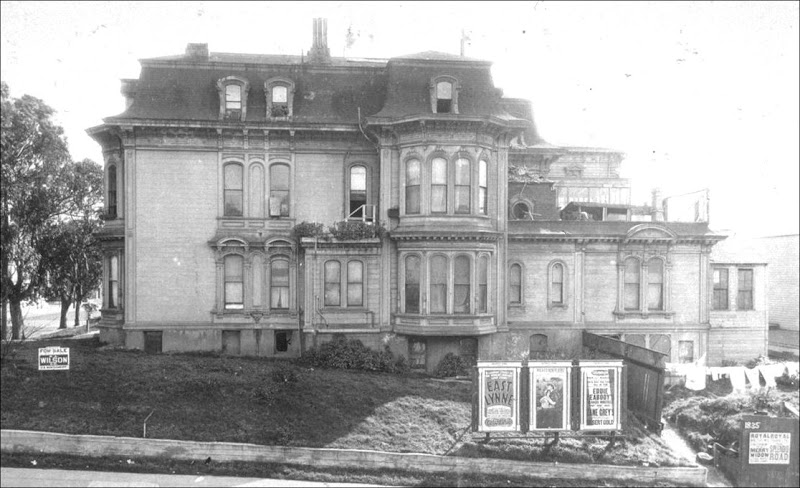 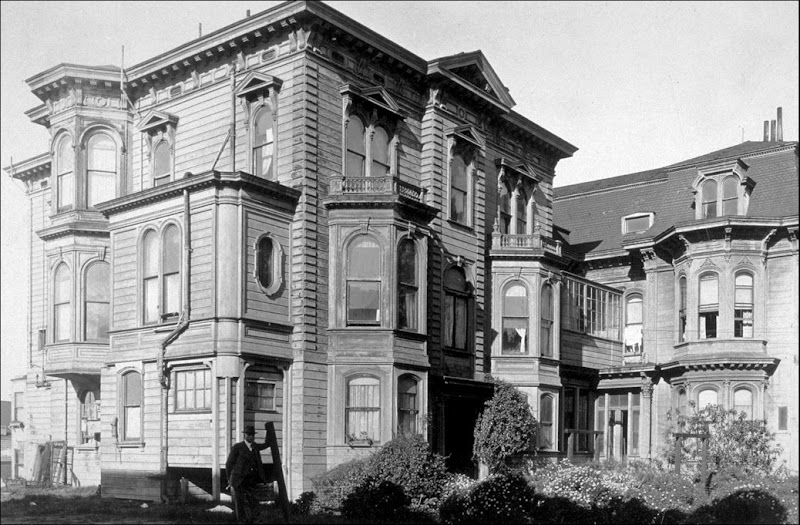 Two views of Mary Ellen Pleasant’s mansion at the southwest corner of Bush and Octavia in San Francisco. At top is a 1926 photograph of the southern face showing the original home designed by Pleasant following the Second Empire/Mansard style. Below is a 1925 photo of the building adjoining it on the northwest side, giving the residence an overall count of thirty rooms. An early photo does not show the addition on the north side, so that building, constructed in the Italian Renaissance style popular around the Civil War, was moved there at some time after Pleasant’s home was built in 1877. The sprawling mansion was called the “House of Mystery” and “House of Secrets” by the press. Both photos courtesy of UC/Berkeley, Bancroft Library. CLICK or TAP to enlarge