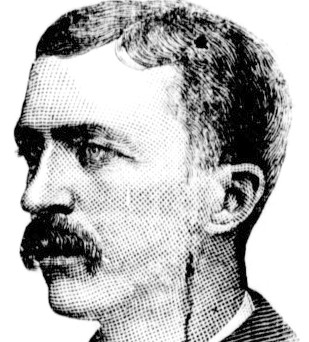 The 1908 Rose Festival was a bit ho-hum, but the Press Democrat compensated with this story of its founding, which I’ve not seen told elsewhere. Another key player in launching the parade in 1894 was James Wyatt Oates, who served as General Carnival Chairman.

Thomas P Keegan, of this city, naturally feels much interested in the success of the coming rose carnival, for he can lay proud title to being “Father of the Santa Rosa Carnival.” This is matter of history in Santa Rosa.

Mr. Keegan was the originator of the name “Rose Carnival,” as regards the famous fiestas that have made the City of Roses famous in past years. The first rose carnival took place in Santa Rosa on May 10, 1894. On the first of May, 1894, a meeting was held in the court house. It was called for the purpose of making arrangements to hold a flower festival in honor of the visit of some eastern people here. Mr. Keegan attended the meeting and after listening to the exchange of views rose to suggest that instead of holding a mere flower display a floral parade would be far more attractive. He suggested further, but inasmuch as the roses bloomed so beautifully and luxuriantly in Santa Rosa, the city should give a “Rose Carnival,” or “Carnival of Roses.” The originality of the name occasioned some discussion and there were those present who were not inclined to receive it favorably. Others did, notably Miss Isabel Donovan (now Mrs. Driscoll). It will be remembered that Miss Nettie Royal was the first carnival queen and Miss Isabelle Donovan reigned over the second, and one of the biggest rose carnivals ever held in the state.

The next day after the meeting many others came forward and favored the title “Rose Carnival,” and the idea caught favor with the press. A large committee of arrangements was selected and plans were carried out and the efforts of the committee and citizens proved the success of the first carnival. Since the birth and holding up the first rose carnival in the City of Roses the pageant has become famous, east, west, north and south, greatly to the credit of Santa Rosa.

The picture published with this bit of history is the same that appeared in the Press Democrat at the time of the first rose carnival in 1894. Of course Mr. Keegan was a few years younger then. There is a bit of history in connection with the cut, too. It went through the fire at earthquake disaster and was preserved, and is used on this occasion.